Don’t think for a moment that I’m perversely ignoring the fact that this is a game created for jerk-offs, as so are a great deal of PC-98 games, just because it is about girls having sex with each other. I shouldn’t have to clarify this, but I want to avoid uncomfortable conversations about this game being progressive, queer-friendly and whatnot. That’s the main reason why I don’t like representation: it focuses on ideas rather than on their execution, and I’ll never regard that as anything but marketing in spite of minorities. Anyway, I’m here for the sex.

Monzetsu Fighter is a card-based fighting game as any other. What makes it special is how it revolves around sex, depicting different sexual practices as different cards, with different values that shift radically from one opponent to another. There are both a story mode and a battle mode, and even though I will be mainly talking about the former, most things I’ll say may apply for the battle mode as well.

First of all, it struck me as odd the way in which the game presents sex, using a fighting game formula. In fact, there are two battle modes: one in which you and the boss of that level have sex with a girl, fighting to give her the most pleasure until she reaches orgasm, and the final battle, this time based confronting your opponent directly. Either way, you’re always in a dominant position, or at least, striving to impose submission upon your adversaries, and the limits of these dynamics being about giving pleasure to your sexual partner or flat out defeating them are incredibly hazy.

The philosophy of Monzetsu Fighter is clear: sex is an exchange of pleasure as much as it is an exchange of power. And I can tell this without knowing a single word of Japanese—the system is clear enough in this regard, and it isn’t hard to get its rules at all. It is about giving pleasure because of how the scoring system is tailored to fit individual preferences. Every single girl has a different taste when it comes to sex practices, and every card will have an individual value depending on how well you perform that specific thing versus your opponent, and whether the girl is into that or not. The only way to win here is adapting to your partner’s sexual preferences, which is a great approach. However, as I’ve said already, sex is also an exchange of power… 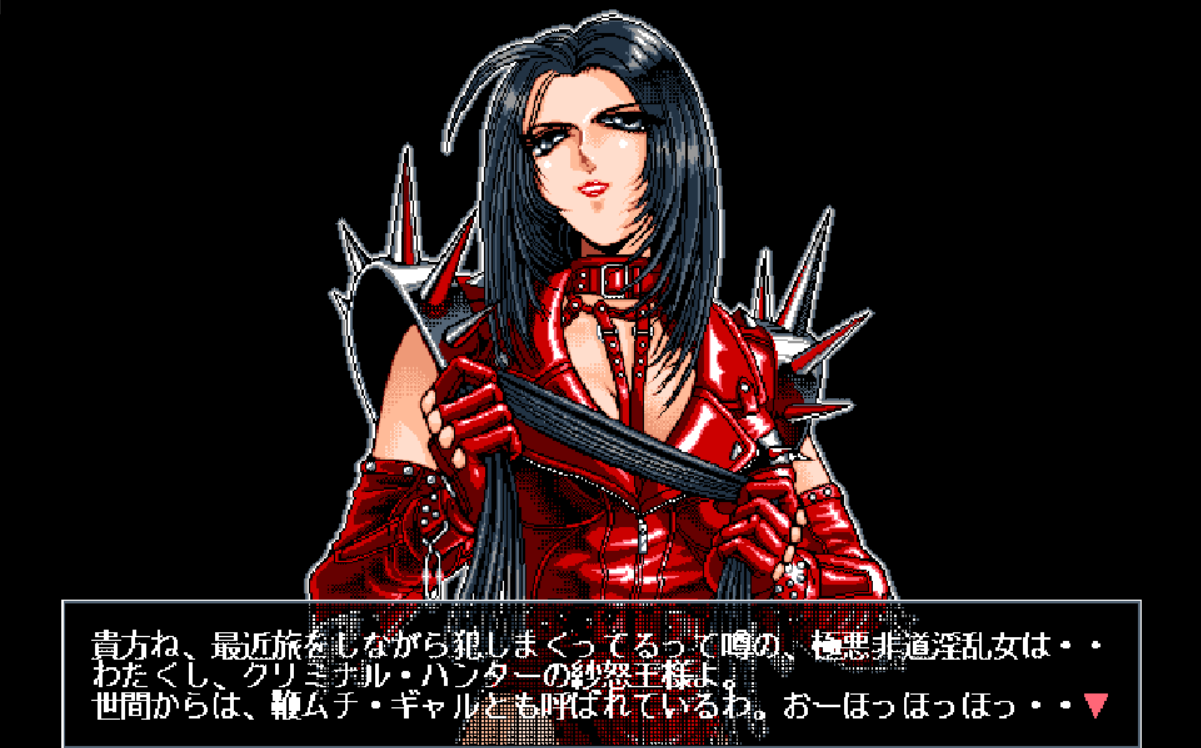 Moreover, we just have to take a glance at the story to realize it actually hints at this thesis. “An evil queen with extreme sex powers has taken over control of the country and it is the task for the best female fighters of the country to fight each other, proving their proficiency in sex, in order to face the queen as the final confrontation”. It is also conveniently represented in a territorial manner, implying with the map that you’re somehow conquering those lands, as the ultimate manifestation of power. In the end, when you’ve fucked defeated every woman, you become the new ruler of the country. If stating monarchy as the ending of the game, as the higher peak to reach in terms of power, getting there by means of sex, isn’t obvious enough, I don’t know what else to say.

So yeah, Monzetsu Fighter may be a dumb excuse in the form of an eroge, but at the very least, it explores sex through its particular gameplay in a surprisingly nuanced way. Its rules are simple, yes; so delightfully simple that you can get them without a single explanation. 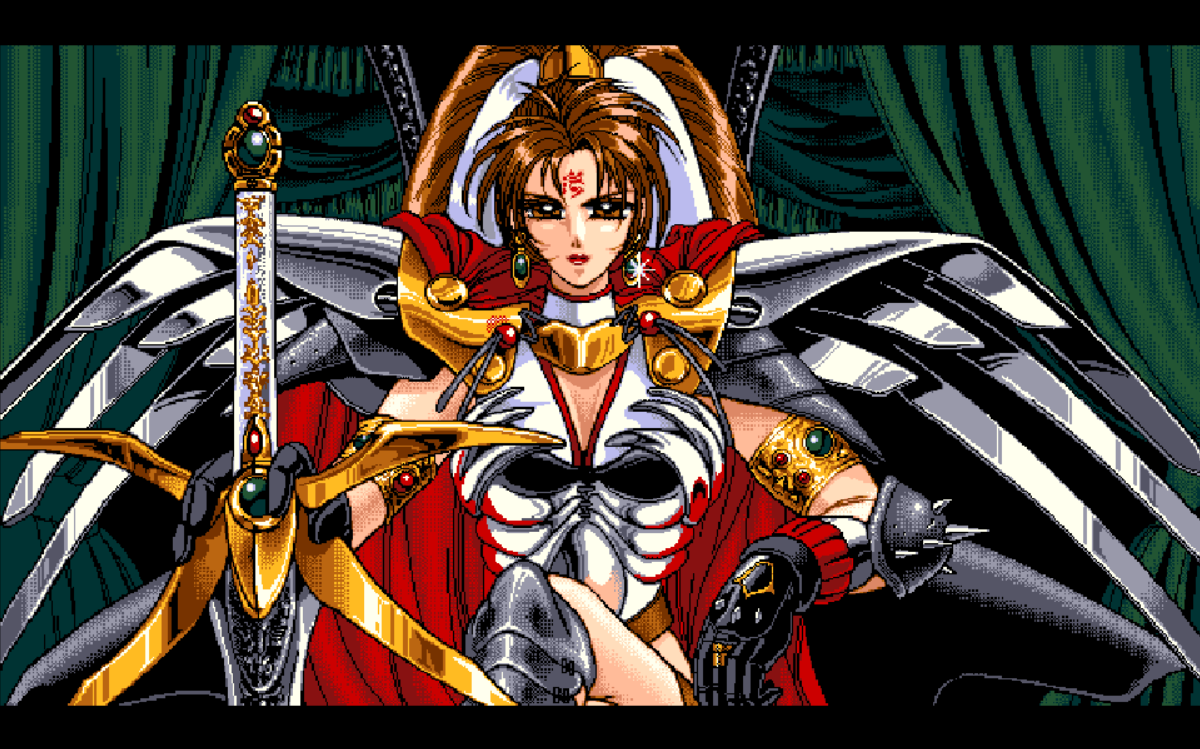 Videogames of this kind are rarely, if ever, taken seriously by the general public; that’s the main reason why I wanted to raise awareness of their existence and value. I might talk about other obscure, old games in the future but, you know… I have a life beyond sex games. I really do, I promise.