If Helter Skelter works that well, it isn't despite the shallowness of Liliko's character development, but precisely because of it. Moreover, we can hardly approach Liliko as anything but a container, as an embodiment—her body's portrayal gives shape to a myriad of different ideas, but doesn't contain a sense of individuality at all. That's why I think approaching Liliko as a character is a huge mistake to begin with. This comic does dehumanize Liliko by all means possible so we get to understand her true nature. In fact, there's a point when some fans of her suggest she may not be real. 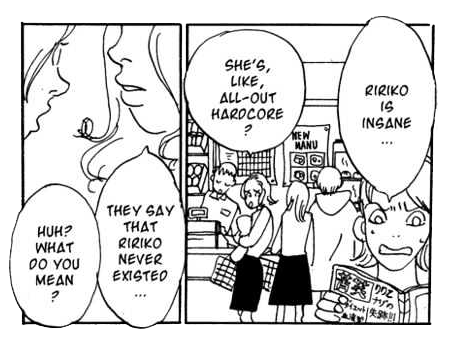 And they're right. I think it's key to note that it's the people around her the ones who get to tell what happened since Liliko lacks any kind of narrative agency—let's read it as some sort of mutilation for the themes' sake. This is one of the mechanisms the comic uses to distance us from Liliko as a person so we can read Liliko as a photograph. And because photographs are, by nature, taken from the outside, the only way we get to understand Liliko's perspective is through the gaze of those who see her. And when I say this, I mean both you and me, the readers, are included.

Liliko's existence is purely iconic, and this is something the comic constantly reminds us by inserting commercials, interviews, photo shoots, etc. in the middle of her personal life. I'm not sure I could distinguish them, though. It feels like Liliko's always posing for a camera we cannot see. So what if that camera was, indeed, our own sight?

As long as a viewer's involved, all sense of privacy fades out, whether you are a public figure or a fictional character. Voyeurism is neither an option nor a certain way to look, but the inescapable act of looking in and of itself. Our gazes are inherently political, and so is Liliko. Cause Liliko is, ultimately, a consumable good. 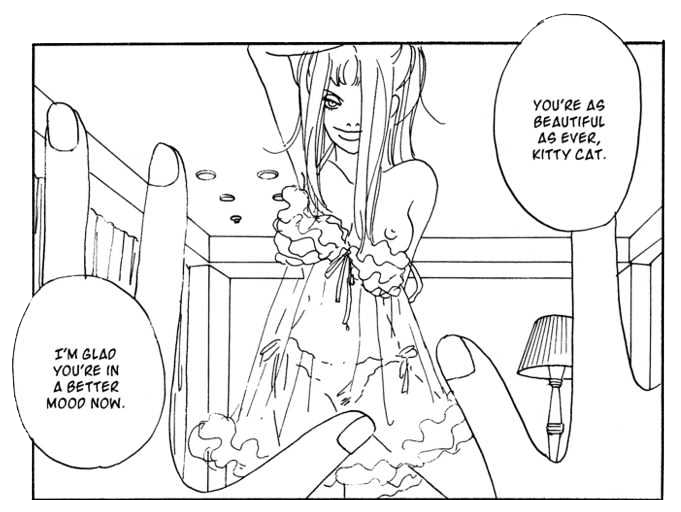 In the end, Helter Skelter's faithfully follows a capitalist logic. Kyoko Okazaki had the audacity to set her story in a fashion-based environment, acknowledging how entangled this industry is in the most gruesome aspects of capitalist exploitation. Through its beauty-oriented surveillance dynamics—which are mimicked by the comic as such—Helter Skelter relies on its own production values to depict the glorifying of beauty as a never-ending nightmare from which Liliko cannot escape—and neither do women.

Liliko's image is exploited page by page. The way she's framed within the panels feels like the way a product is exposed in a showcase. For instance, the backgrounds tend to be pretty vague or straight-out blank. They can't, by any means, ellipse Liliko, so why would they even try? There's not a single element in Helter Skelter whose visual deployment overlaps Liliko's, cause she is the face of the product and the rest is mere accessory. It almost feels like this comic was made vertically on purpose so Liliko's figure wouldn't get wasted; so we'd be able to properly appreciate her body. 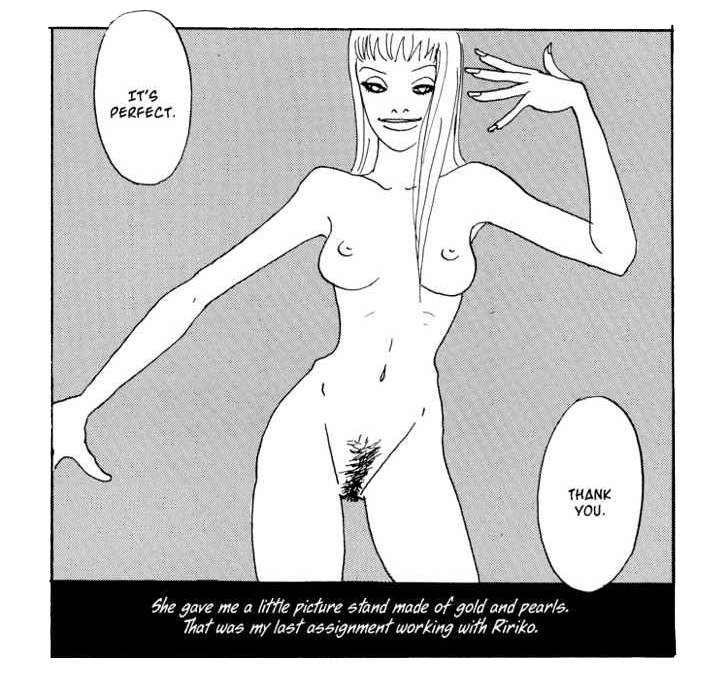 However, if there's something even more revealing than what is shown, it has to be what is left out of sight. While the average portrayal of Liliko aims to show her beauty in all its glory, there's a subtle iconoclasm around her inherent ugliness. If we take a look at the previous picture, we can see this graceful curve Liliko's body creates, somehow resembling the Praxitelean curve—such a keynote in the history of beauty. Besides, Liliko is perfectly framed by two speech bubbles, conveniently placed to highlight her shape in the composition.

Conversely, her few past memories are very hazy. This panel is full of distractions and noise, her body looks sketchy and her posture not only attempts to hide her figure but, most importantly, to stop us from looking. Her face, of course, remains covered. 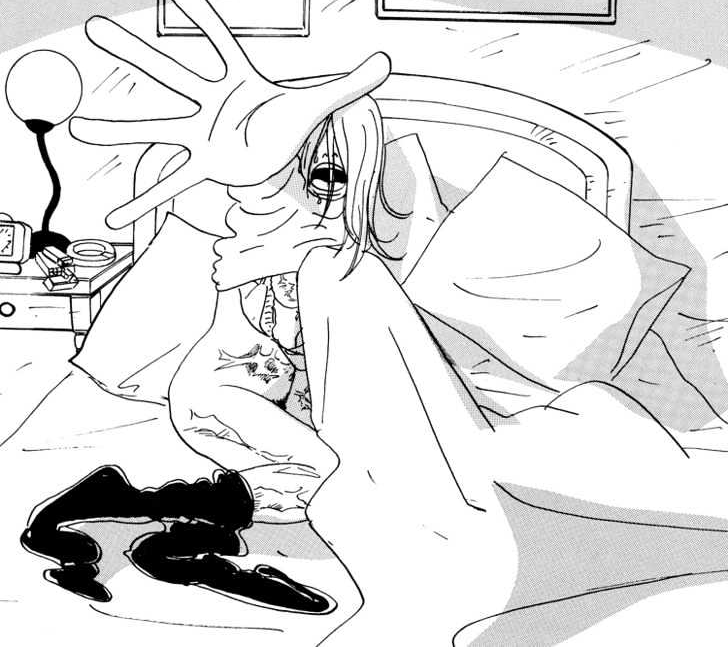 Anyway, it doesn't take long for the comic to incorporate this grotesqueness into its own dynamics—that's just how capitalism works—and make it worthy of our eyes. Beautiful in its own way. In a marketable way, specifically. 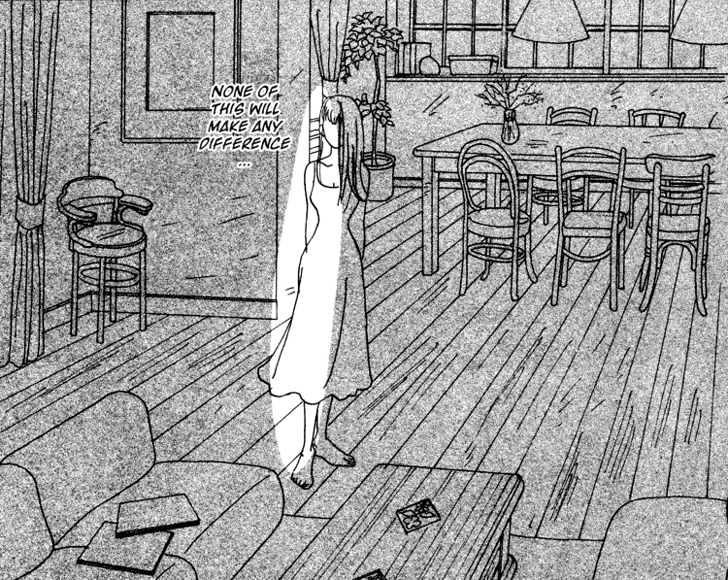 This is Liliko's grief—a silenced, unseen sorrow. Everything around her is overwhelmingly detailed in comparison. Okazaki almost never uses this kind of shading, so when she does the shadows get dark as they've never been. And even though a beam of light is shining on Liliko, we're unable to see her face. And I guess it's better this way. There are nicer moments to see. We clearly do not want to witness this wastage. Not like this. 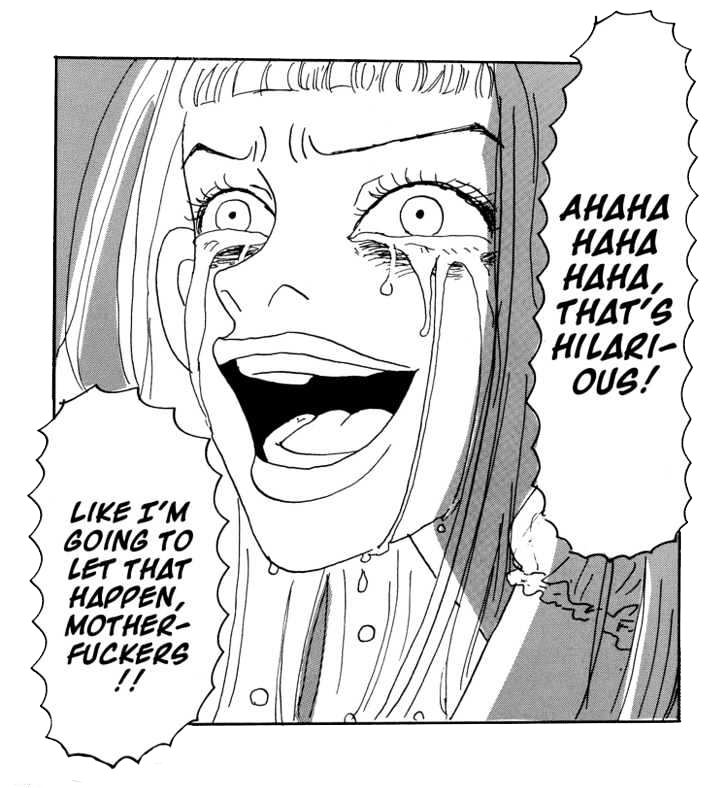 Her distorted face, her indomitable tears... they're too expressive for me to actually relate to the emotion behind. That close-up of her pathos alienated my empathy right away. It looks performative, like an exaltation of her posing skills. She's acting her feelings, not actually having them. She's all fake.

Liliko is, like the cranes we get to see throughout the comic imply, pure artificiality. But as long as beauty, as a concept, is a construct—which is to say, something artificial—we can't really talk about natural beauty, about something neutral, innocuous.

Liliko's feeling of falsehood is present before and after surgeries alike. She's never enough, because she, as a woman, cannot possibly please these oppressive demands. When Liliko decides to leave her treatment, to embrace the insubordination of her body, Helter Skelter's themes come to light: body horror as a form of resisting capitalist exploitation of our workforce—more so in an industry where the body of the worker is the product itself.

Body horror is effective as long as it is disgusting, unsettling, morbid; as long as the depiction of another's body wrecking disturbs the relationship we have with our own. And because we've read Liliko as nothing but an image, as a plain picture, this sudden violence regarding her body, whose existence we had never really cared about, hits us viscerally. In the end, she's alive, too.

And the response to our invasion of her corporal space, to our voracious consumption of her image, comes to be pretty appropriate: her body becomes a scatological stage and all kind of iconoclasm surrounding her misery disappears. Liliko's portrayal doesn't want to please our gaze anymore, but instead, to make the act of looking at her unpleasant; to invade our own corporeality with disgust. 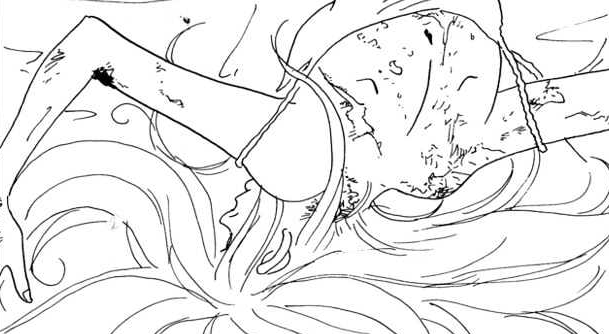 Nonetheless, the comic isn't very optimistic about the effectiveness of Liliko's individual insurrection. In spite of her latent monstrosity, Liliko manages to become a mythical creature. We may not be talking about beauty anymore, but we are facing the terrifying sublime for sure. It's potential commodification, however, remains intact. 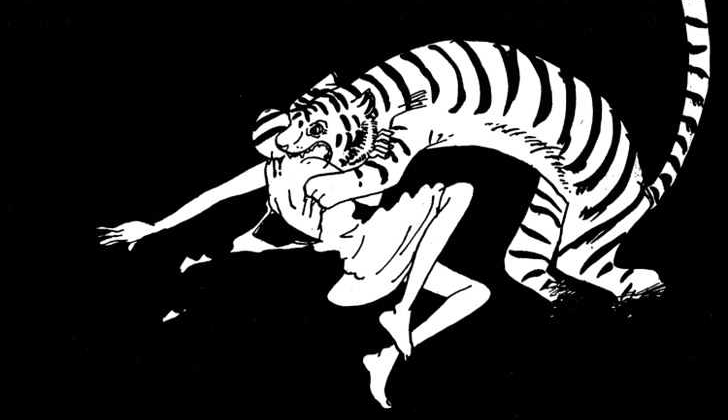 Finally, when push comes to shove, Liliko decides to disappear leaving her eyeball and lots of blood behind. Wherever she went and whatever she did remains unknown until the very last page. Five years have passed and Liliko—now Tiger Lily—has become part of a freak show. Her spectacular nature is just inescapable. She is, and will always be, one way or another, exploitable under our gaze.

Regardless of her attempts, this incessant cycle manifests itself throughout the whole comic. Helter Skelter dwells in a constant climax structure, resembling media's treatment of celebrities' scandals. These climaxes are based on Liliko's body disturbances; determined by the change of her body state, which seems to me like a fascinating correspondence if we understand narrative as a sequence of state changes.

Liliko's story is doomed to repeat itself, climax after climax; death after death. Liliko is every single woman living under capitalism, and that's why her story doesn't possibly have an ending even if you've reached the last page.

To be continued, it says. 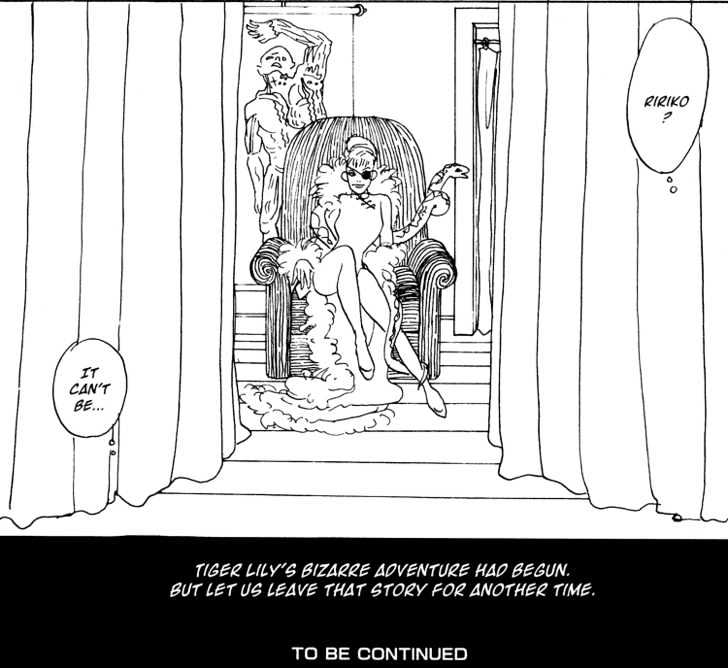